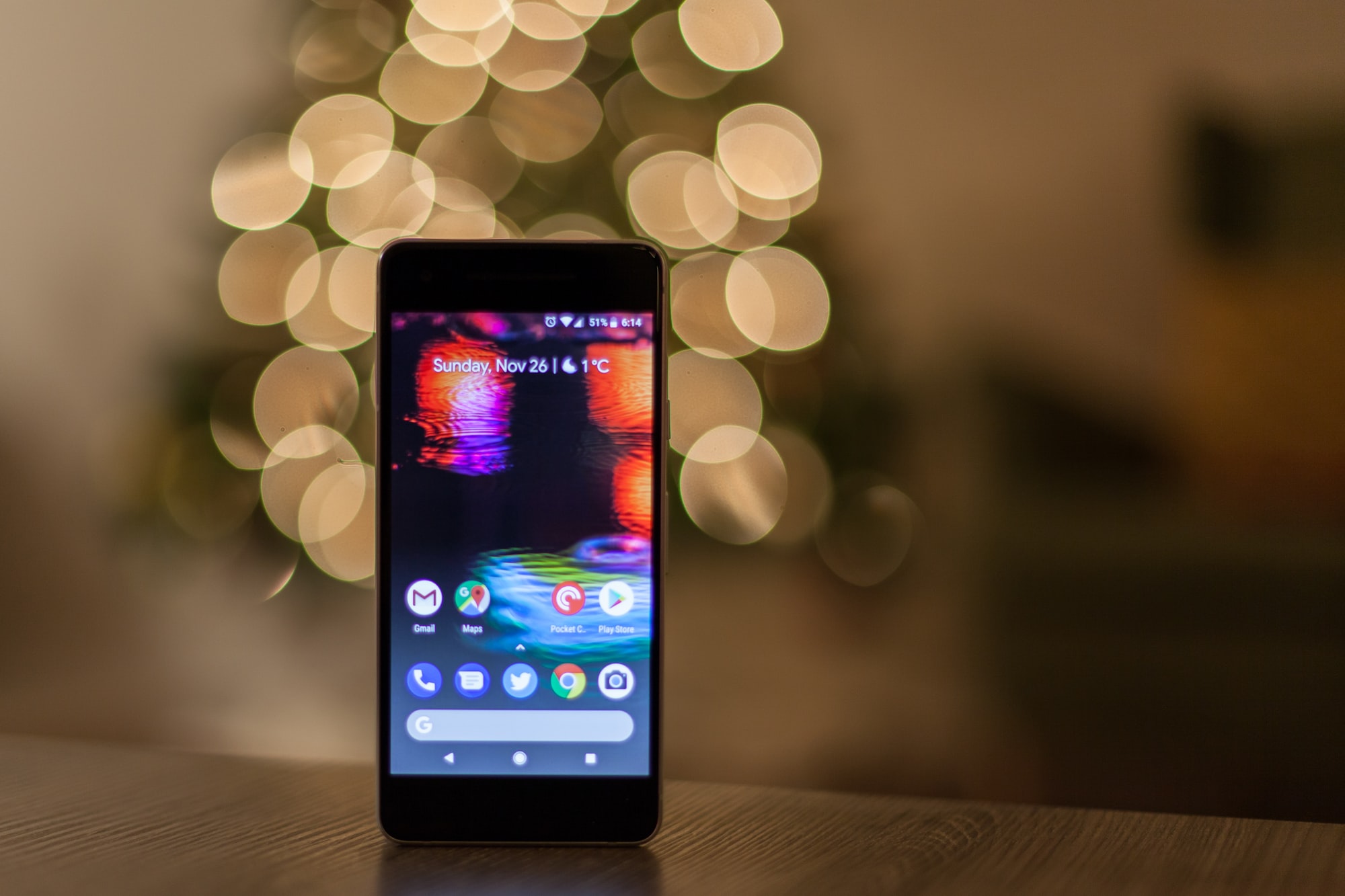 How a person uses their phone tells you more about them than their shoes, desk, and closet combined. It can give you direct insights into their line of work, technology views, social preferences, communication style, etc.

This is why I find it important to extend personal values to include my phone and mobile apps.

In July 2007, I purchased the original iPhone. It represented innovation in a way no other phone did at the time. It felt sleek, intuitive, technologically superior, and cool. It was a tiny slice of the future you could purchase and carry around with you in your pocket. If you wanted a “smartphone” there was no other choice. And that was okay.

But that was then, and this is now. For me, the iPhone has come to represent the status quo. It’s still sleek and intuitive. But it no longer feels new, technologically superior, or cool. In some ways, it has come to represent anti-innovation. It builds on the same formula, each model as predictable as the last.

Which is why, in 2011, I switched to an Android phone. Android, especially at first, was a letdown. The features were comparable and the phone specs sometimes beat the iPhone on paper. But the Android OS lacked polish. And the PlayStore was full of poorly designed, poorly executed apps, riddled with advertisements.

But that was then, and this is now. As Android usage has increased, so too has the quality of the Android interface and available apps. Much of this aided by Google’s initial release of material design standards, and the changes that followed, including the continued improvement of the hardware powering our phones.

Today, no matter which phone I’m using, I stick to three criteria when determining which app to use:

1. The App Shall Be the Best at What It Does – Apps exist for everything. That doesn’t mean you need an app for everything. My maximalist tendencies require me to ask one very important question: Is an app the best way to accomplish this task? If the answer is no, then I pass.

2. The App Shall Look Good – The most difficult part of switching from iOS to Android was giving up many of the beautiful, stable apps available on iOS. But the design gap between Android and iOS is closing. In the next couple of years, there will be no excuse for a developer to have an ugly app on either platform.

3. The App Will Be Funded (But Not by Ads) – If you’re not paying for it, you are the product being sold. I pay the nominal fee to remove ads from apps I frequently use. A funded developer is likely to improve an app and give me value over the long term, and less likely to stack the app full of advertisements.

If you’re only going to have one music app on your phone this one should be it. Massive music library, time-tested interface, and Sonos integration built right into the app.

The cleanest, best-looking, most highly reviewed, continually updated podcast app available. By far the easiest to setup and use, while still having the best features available including playback speed control, silence removal, adjustable forward/back buttons, syncing between devices, discovery, etc.

Award-winning material design app for storing all the stuff you don’t have time to read right now. Handles all types of media, is available on nearly every device type and makes articles clean and readable without stripping out the images. Purchased by Mozilla, so we’ll see what that means for the app moving forward.

My favorite way to split a meal or pay someone back for a random purchase. Feels less formal than PayPal with the ability to send a social note (emojis included) so everyone can see you paid your losing bet from the previous night’s game.

Easily the best photo editing app. Intuitive, great looking, stable and has every feature you could want.

How I manage all my passwords. This app allows me to use my fingerprint scanner to login to any of my accounts without having to type a single username or password.

Use to change my phone’s location so that I can get updates faster or use location specific apps wherever I want. If you don’t know what a VPN is, you probably don’t need this one.

The best app for making your phone look exactly how you want it. I currently have my OnePlus phone setup to look and act just like the latest Google Pixel.

I’ve used Foursquare for 9+ years. I can safely say it knows enough about where I’ve been and what I’ve liked to tell me if I’m going to like a food spot with 99% accuracy. The rating algorithm puts Yelp to shame.

A must have app if you go to restaurants that typically require a reservation or like to plan ahead. Plus you can earn points to put towards gift cards to your favorite spots.

I’ve tried nearly every reddit reader, including the official app. Some were terrible, most were good. Boost just happened to be my favorite. Tons of customization available and the developer continues to actively improve the app.

Join by joaoapps (Best for Reading Texts on a Computer)

Powerful app that enables me to get and reply to texts on my computer, copy my clipboard from my computer to my phone, easily send files between devices, etc. Not as good looking as Pushbullet, but is a one-time fee instead of a monthly fee and the feature set is more robust.

Simple app for taking and syncing notes between devices. Love it for being simple.

Easiest way to make money to spend in the Play Store. Sign up and take simple 2 or 3 question surveys as they become available. Then get paid between $0.10 and $1.00 per survey that you can spend in the Play Store. If it was any more effort than what I just described, I wouldn’t be telling you about it. But it’s dead simple and makes it easy to purchase paid apps and support app developers for their work.

Ever have a situation where you always go into an app and do the same thing each time? For instance, in Spotify, I’ll often go to the same playlist each time for weeks on end. This requires me to click the Spotify app, go to my music, find the playlist, click on the playlist and then finally hit play. With Sesame Shortcuts, you can long press on the Spotify app (or whichever app you’re working with) and have a set of customizable shortcuts populate. I just set my current favorite playlist as a shortcut and when I select it and the app goes straight to my playlist. Works with 100s of apps and one of my favorite recent downloads.

If you take your to-do lists even halfway seriously, then a todo app can make all the difference. Out of the countless apps I’ve used, Todoist seems to be the very best: cross-device compatibility, excellent syncing, smart scheduling, contextual inputs, theming, geo-reminders, progress measurement, etc. all for $3/month.

Basically Netflix for books, audiobooks, magazines, and news. While they don’t have everything, they have enough to keep you busy. A great alternative to purchasing books on Audible. 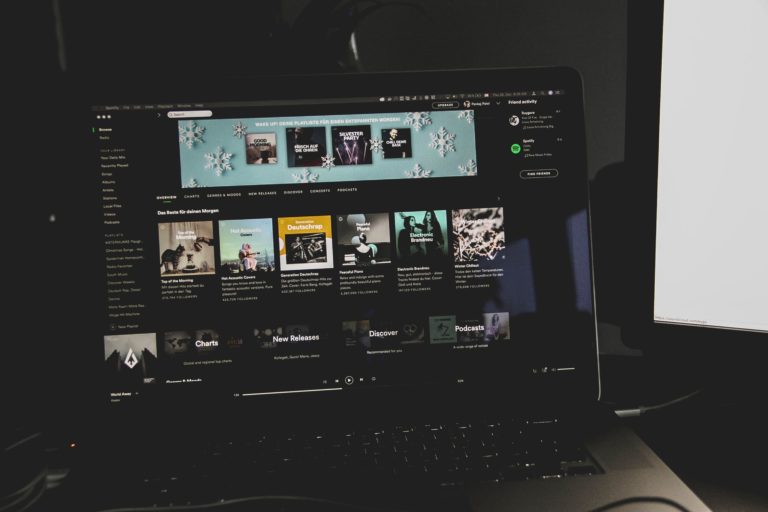 Seems like music sites open up and shutdown weekly. Catalogs change. Price structures shift. Read on if you want to know where you should be listening today.

Ever wish you could have an extension of your mind? Same. That’s why we’re loving the new beautiful ai-powered mymind app.