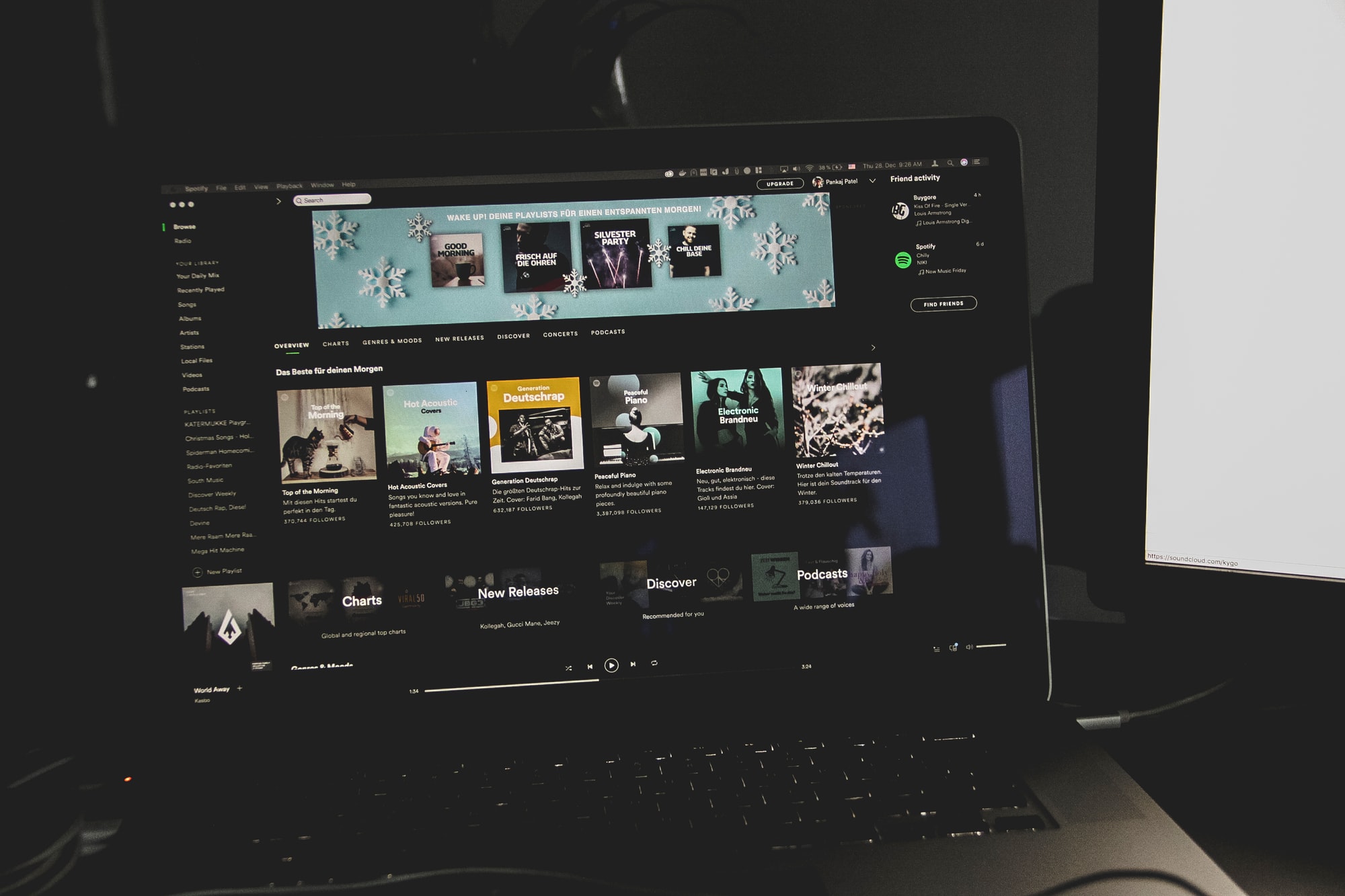 Google “best music streaming service” and you’ll get pages of search optimized sites promising to tell you which music streaming service is right for you. But after reading the first four or five, it’s clear most just summarize the top few services in a comparison chart and recommendations are simply the author’s particular flavor of brand loyalty.

But what if you don’t want the cut and dry list of features? What if you want some context from someone who actually pays for the service and isn’t just reading the about page for five minutes so they can write a link bait article.

After all, if it was just about which music site had the biggest music catalogue, there wouldn’t be a need for so many different music services.

Why a Maximalist Guide to Music Services?

Music is broad and “experts” on the topic, abound. Knowing whose opinion you’re getting and what factors matter most to that particular person is just as important as the expertise they offer.

A Maximalist’s job is to understand the impacting biases and take the best/most relevant advice/feedback from all points of view to reach the best outcome.

Audiophiles can tell you which services have the highest quality streaming and why FLAC files sound better than lossy formats like mp3. Hardcore Audiophiles can explain why AIFF files are better for archiving than WAV despite both being lossless (hint: Cover Art). Techies can list the merits of a particular music player’s tech stack or tell you which service has the best mobile framework. Music aficionados can outline artist by artist who has the best catalogs and why certain sub-genres tend to under represent on mainstream music sites.

Even my own hands on experience in music can and should be taken into consideration. It stretches from the digital early days of Napster and Amie Street to present day Tidal and Soundcloud. From piracy legends OiNK and What.CD (RIP) to mainstream staples Apple Music and Spotify. From Lollapalooza and Coachella to SXSWi and Ultra. And then there were my days as a self-proclaimed Myspace music blogger to a founding team member at Grooveshark, one of the first, and fastest growing music streaming services on the planet (until it was sued into oblivion).

I’ve used nearly every music service you’ve ever heard of, and many you haven’t, and read enough about music tech/hardware/curation to cover several college degrees. I was Editor-in-Chief of a tech/music blog with 60,000 views a month talking about everything from digital rights management to performing rights organizations. And though it’s doubtful my music hardware stacks up to the average audiophile’s rig, through trial and error, I’ve found the right amount of technology to accomplish what I want—to enjoy the music I want when, where and how I want. Just as a Maximalist should.

Here’s to seeing if I can help you do the same.

You can have the best music equipment in the world. But if you can’t listen to the songs you want, it doesn’t matter. I tend to bounce between a number of services because there is no one service that can do it all, though the top selections continue to improve.

The Bottom Line: Spotify has an unfair advantage in my rankings. First, it’s the purest illustration of the Grooveshark business model available today. Then, throw in the service’s many nods to digital music’s piracy roots—the downloadable desktop client, three column table layout, dark interface—and you can probably see why much of my affinity for Spotify is sentimental. But nostalgia alone does not a good music service make. And Spotify is far from a relic. In fact, no other music service future-proofs its offering better than Spotify. Between its beautiful, well-organized interface, Pandora destroying “Discover Playlists,” massive list of third-party integrations, including a partnership with hardware juggernaut Sonos, Spotify just oozes indie coolness as the Internet’s best all around music streaming service. In my book, it’s enough to keep the service on the throne.

Why You Should Use Spotify: Any given week, The “Discover Weekly” playlists can disrupt your entire music world. Before Discover Weekly, I could go weeks without finding a new song I liked. Now, I rarely have enough time to listen to all the new music I find through this feature. And if you go with Premium, you can listen to all of it at 320 kbps.

Why You Should Use Something Else: Spotify’s selection is far from perfect. Many high profile artists and albums are missing, though which ones change all the time. Also, even though there is a web interface, most of the focus is on the downloadable client—and not everyone wants a desktop-based music player anymore (I personally love it).

The Bottom Line: Spotify has been my number one recommended music site even before Grooveshark shutdown. But Google’s service, after a slow start, is catching up. Catalog size, streaming quality, Sonos integration, material design, mobile app, offline listening, ability to upload your own music—all there and all up to par. Throw in YouTube Red, essentially Ad-free Youtube + Premium Music Videos, and you have a real case for a new best bang-for-your-buck music streaming service.

Why You Should Use Google Play Music: Feature for feature, Google is at par or better than nearly every other service available. Not to mention combining a music streaming service with an ad-free Youtube (which in itself is already one of the largest music sites in the world) makes for an extremely compelling offer. Google acquired Deezer to improve its automated playlists—which are not only pretty good, they are nearly endless with the ability to listen to playlists by genre, location, music type, mood, etc.

Why You Should Use Something Else: This is Google, the company that is taking over the world. This is the same company that loses interest and shutdowns projects whenever they feel they are getting too far from their “core.” Who knows where music fits in Google’s “core,” but if it does hit the chopping block, what happens to all your playlists and stored music? If you’re a big fan of Spotify’s interface, the Google design may not be for you.

The Bottom Line: Pandora is the Grandpa on this list. I have Pandora stations older than some of you. And as one of the pioneer’s of legal, music streaming, Pandora understands what people want from a music service: As. Little. Work. As. Possible. What they built to accomplish this is the world’s most impressive radio station, where you pick your musical direction and they take care of the rest. What helped make it so good, especially in the early days, is they use music “experts” combined with the real-time rating system to build stations you can’t help but like.

Why You Should Use Pandora: Though Spotify’s Discover Playlist feature has closed the gap, you’ll be hard-pressed to find a more reliable way to immediately start listening to new music you like. And if you’re like me, and have a few stations you’ve been curating for years, you understand that having a dialed in Pandora station is next to priceless.

Why You Should Use Something Else: Unfortunately, the radio station analogy doesn’t stop with the music, as Pandora also rolls in some of the most invasive audio ads you can imagine for users on the free platform. Also, if you like to control the music streaming experience from start to finish, Pandora is probably your worst option. Sure, you can skip songs you don’t like (a lot of them if you’re paying for Pandora One), but at the end of the day, you’re never going to be the one choosing the music.

The Bottom Line: I personally think SoundCloud is at a crossroads. In the next few years, they’ll either get the magic formula figured out and blow up into the web’s most popular music streaming service, or they’ll lose momentum through botched “pay-to-stream” strategies and loss of indie coolness, and go the way of Grooveshark and the like.

Why You Should Use Soundcloud: It is, by far, one of the best places to discover new EDM and hard to find remixes. A lot of artists will test out new material or drop new singles on SoundCloud, so if you like to be in the know, it’s a good place to hang out.

Why You Should Use Something Else: It lacks organization. I know that’s such an old man thing to say, but the layout has that Twitter-esque fire hose of information feel. What’s new quickly replaces the old in a new is better than what’s best type of scenario.

The Bottom Line: Amazon HD is just Amazon doing Amazon things. They take a crowded marketplace (Spotify, Tidal, Apple Music, Pandora One, etc.) and burst onto the scene with more for less. A Spotify and Tidal comparable 50 million songs, but all at CD quality and above for $15/month ($13/month if you’re an Amazon Prime member). And I want to love Amazon for doing this. I really do. But somehow it just lacks the swagger and polish of Spotify and Tidal. Where Spotify makes playlist building feel fluid and effortless, Amazon HD feels a bit like 2010 called and wants their drag and drop back.

Why You Should Use Amazon Music HD: If you value sound quality above all else and have the audio rig to get the most out of lossless audio, this is almost a no-brainer. Spotify can’t compete on sound quality, and while Tidal can, it’s also significantly more expensive than Amazon HD with little reason to justify it. Also if you have a bunch of music you’ve purchased through Amazon it’s already here waiting for you.

Why You Should Use Something Else: Most of us like to listen to music on our phones, in our cars, at work, etc. where we may not be able to tune in with our best audio gear—meaning you won’t benefit from the added sound quality. Pair this with an interface that feels a bit like the Walmart to Spotify and Tidal’s Target and this just may not be the best choice for you. 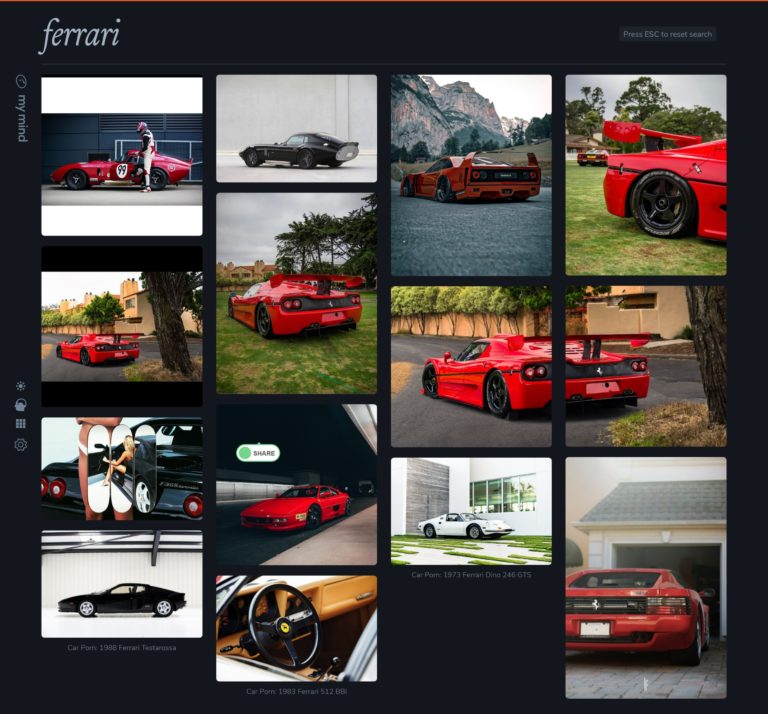 Ever wish you could have an extension of your mind? Same. That’s why we’re loving the new beautiful ai-powered mymind app. 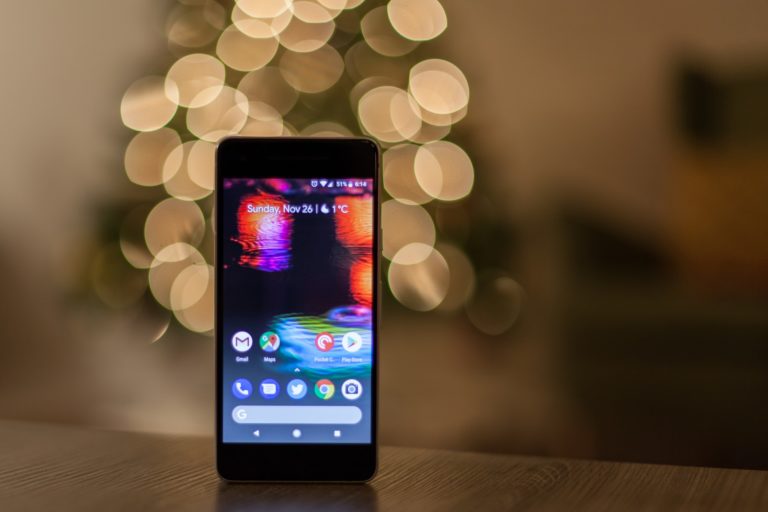 Want the best apps without having to download and try them all? Let us help you skip right to the part where you find the perfect app for the task at hand.